Check out words from the year you were born and more!

Set your young readers up for lifelong success

'All Intensive Purposes' or 'All Intents and Purposes'?

We're intent on clearing it up

7 Words About the Movies

Grab your popcorn and candy

The story of an imaginary word that once haunted our books.

One of the questions people like to ask lexicographers is this: Can you sneak something into the dictionary? Can you, say, make up a word like strilpy and say it means "embarrassed" and just casually drop it into the dictionary to sit there among the real words like a legit member of the language? 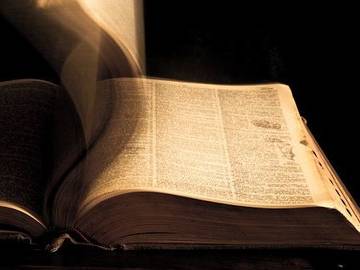 The answer at Merriam-Webster is emphatically no: not only would you be violating the (imaginary) Universal Lexicographer's Ethical Code, but you'd be caught. A dictionary entry is seen by many sets of eyes on its journey from drafted definition to official dictionary entry, and no one you work with is going to violate ULEC just because you want your lexical pet to shimmer and shine like a real word. The fact is that all the words in Merriam-Webster's dictionaries are established members of the language, backed by substantial evidence of those words in published, edited text.

But, um, there was for a time a word in one of our dictionaries that violated this principle. Just one.

The year was 1934, and Merriam-Webster had just published a brand new dictionary that involved the labor of 250 editors and consultants. Webster's New International Dictionary, Second Edition—or "W2," as we call it—was the largest book to ever be mass produced. It weighed 17 pounds and had a six-inch-wide binding. It was beautiful and astounding. And it included this entry:

No etymology, no examples of the word in use. And there were no examples in our files either. Dord was what's sometimes called a "ghost word."

How did this happen? It all started when chemistry editor Austin M. Patterson typed up a 3x5 slip of paper and stamped it. Like all such slips, it represented information that would become an entry, and this one was intended to be one of several slips for the letter "D" as an abbreviation—in this case, for "density."

As you can see, there are spaces between the "or" and the D’s on either side. It should have been read as saying something like "capital d and lowercase d are both used as abbreviations for 'density.'" It looks obvious that it's the word or in there, right? Not in this case. Whenever such a slip was made for an entry, spaces were required between all the letters of the term being defined so that there would be room to add any marks showing stress and syllable breaks. To the person who handled the slip, it looked like there was simply a space missing between the "o" and the "r." This person added a wavy line under all four letters, to show that they should all be in boldface, i.e. should be considered a headword. (There should have been a wavy line under each of the D's and a straight line under the "or.") The pronunciation editor penned a simple pronunciation. How it got by final reader, the etymologist, and the proofreader we'll never know. The word was made lowercase because it was understood to be a common noun, and dord as a word for "density" was born.

In 1939, an editor discovered the error and wrote a slip—marked "imperative! urgent!"—calling for a correction in the next printing.

But for some reason the change wasn't actually made until 1947, after another editor wrote another slip.

No prolix apologies were issued, no firings commenced, and no ULEC was revoked. The work of the dictionary simply carried on, as it does.

Check out words from the year you were born and more!

Study Up With Our Official SCRABBLE Dictionary

Become a master without leaving home!

Set your young readers up for lifelong success

7 Words About the Movies

Grab your popcorn and candy